The Baccalaureate students in Year 2 have visited the exhibition called “Aixafem el feixisme” and have realised the role of the propaganda carried out by the propaganda commission to disseminate what was happening in Catalonia during the Civil War. This commission also helped to boost the morale of the Republican combatants, to raise funds, to recruit international soldiers and volunteers and to support the Republic.

Thanks to all the photos, documents, posters and the documentary, the students have better understood the importance of the propaganda during the war and the efforts and wok carried out by the “Comissariat of propaganda” to support the Republican combatants. 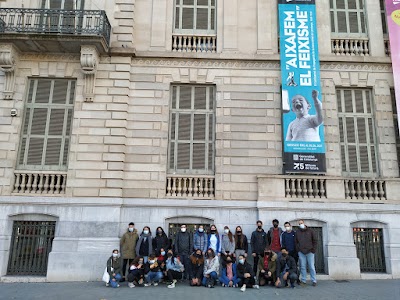 We recommend you to go and visit it at Palau Robert